Mark Rupke from the Laurie Lawson Outdoor Education Centre led 28 naturalists on a walk to observe spring wildflowers, trees, birds, wetlands and other features of the property. The extra large group size was great to see and was the result of a joint outing of members from the Willow Beach Field Naturalists and the Peterborough Field Naturalists. Mark did an excellent job with the guided walk.

Many members were thrilled to finally see some welcome signs of spring including Bloodroot, Yellow Trout Lily, Early Blue Cohosh, Wild Leek, Red Trillium, Marsh Marigold and Eastern Skunk Cabbage. Everything appeared to be about one week late compared to past years. Notable was the lack of yellow flowers on the Marsh Marigold plants. Among the Trilliums only the occasional Red was observed. During a previous outing on May 5 2016, the forest floor was carpeted with White Trilliums in bloom. Unusually cool and damp weather during April and May likely contributed to the late season.

A small group of naturalists at the rear of the line observed a pair of Common Garter Snakes in the middle of mating. There was a smaller male entwined with a larger female. The male periodically quivered its body against the female. They did not attempt to move away despite our presence. It was the first time for many of us to observe this behaviour.

Another very cool observation was the Black-capped Chickadee nest cavity. Mark and some helpers had just recently observed the Chickadees removing small bits of soft wood from the cavity and dropping the bits on top of them! During our outing there was no sign of the Chickadees but the bits of wood were still plainly visible. 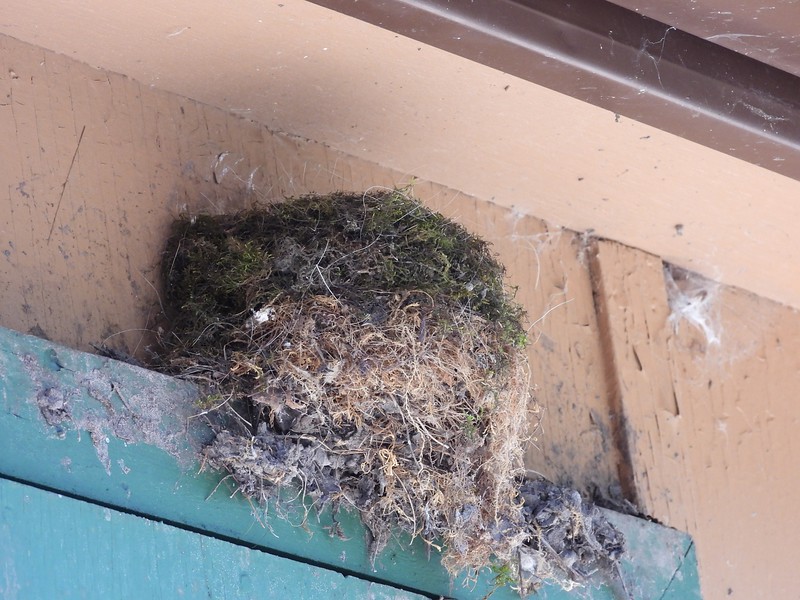 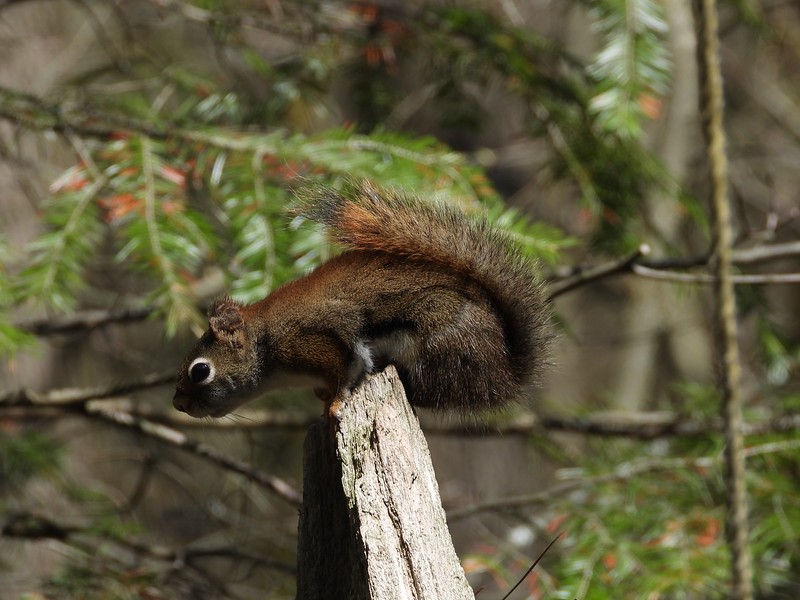