There were some observations that were difficult to identify to species. The most interesting was a set of tracks that looked somewhat like Grouse but smaller. The trail differed from Grouse by its path along a small creek with occasional poking into the mud of the creek. The bird also wandered through a small culvert which would have been a problem for a Grouse. This trail could have been created by an American Woodcock. March 17 would be early for this species but according to past records in Ontario, it is possible. Sadly, the age of the trail and snow conditions did not permit a good photograph.

One location along the Ganaraska River had a small exit hole along the river bank with some tracks leading from the hole for a short distance. After an initial ID of American Mink, I later settled on the greater likelihood of the tracks being from a Muskrat. There appeared to be tail drag marks which is common with Muskrat. The tracks did not wander from that spot, something that would have been likely with Mink. Further south from that location, there was a possible sighting of a Muskrat in a small creek.

One very alert member of the club spied something furry at the top of a tall tree. Viewing through binoculars it soon became apparent that there was a mammal. All that could be seen was the back and rear end of the mammal. No quills were showing so the initial guess was Raccoon. I returned to the location for a closer look and better photographs. This latter observation along with a few tracks below the tree led to the Raccoon ID.
(Photographed March 17, 2017 at the GRCA Port Hope Conservation Area, Port Hope, Ontario, Canada - Photos by Don McLeod)
Read More
Powered by SmugMug Log In 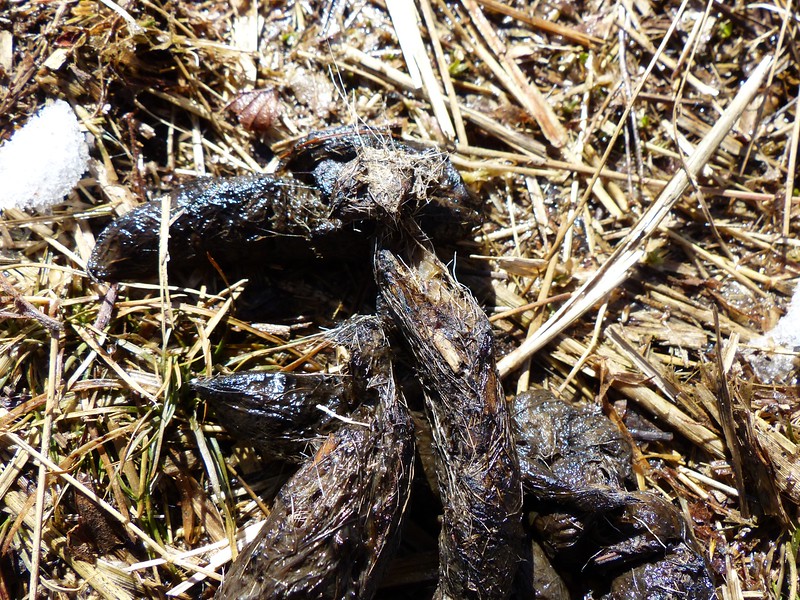