Members of the Willow Beach Field Naturalists were led by Roger Frost on a birding outing to the A.K. Sculthorpe Woodland Marsh, Port Hope. The most notable bird activity was continuing migration by Blue Jays through the woodland near the shore of Lake Ontario. The Blue Jays were in flocks ranging in numbers from a few to 50+ and a total into the hundreds during our two hour walk. The marsh and pond only had a pair of Mallards. Black-capped Chickadees were quick to find Elizabeth and her stash of bird seed. A juvenile Double-crested Cormorant perched on a log in Gages Creek was seen at close range. There was some speculation that it was ill. Several Cormorant carcasses were discovered along the lake shore. A Monarch was seen flying along the road on its southerly migration. Other bird species observed included Ring-billed Gull, Herring Gull, Belted Kingfisher, American Goldfinch and Cedar Waxwing.
(Photographed September 18, 2016 at the A.K. Sculthorpe Woodland Marsh, Port Hope, Ontario, Canada - Photos by Don McLeod)
Read More
Powered by SmugMug Owner Log In 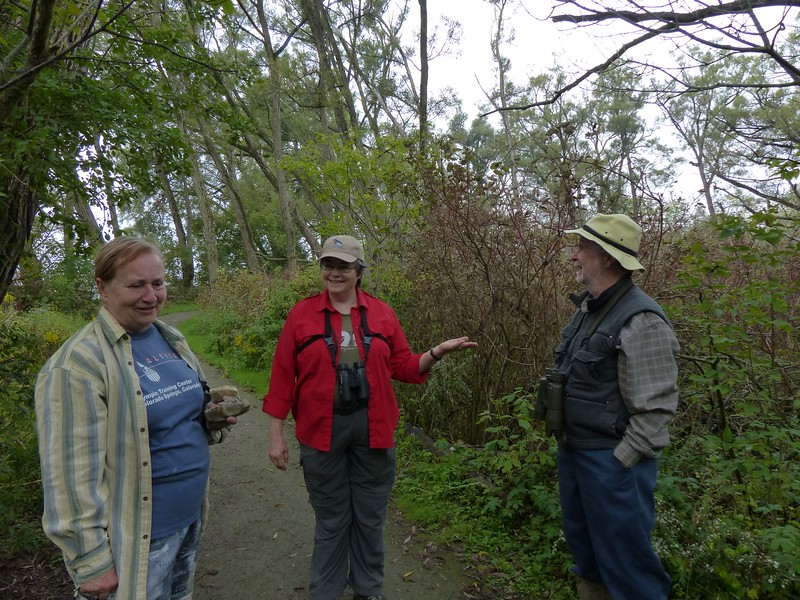