The Willow Beach Field Naturalists held an outing led by Elizabeth Kellogg at the Alderville Black Oak Savanna (ABOS). While the primary focus was the Eastern Bluebird nesting box program, the outing also featured other birds, wildflowers, butterflies and dragonflies.

Elizabeth has monitored the Bluebirds at ABOS for many years. The site has 22 nesting boxes. Five boxes were active with Bluebirds during the first part of the breeding season, four of which were successful. At the time we did our walk, there were four additional boxes with eggs or nestlings. In order to not disturb these nests we maintained a respectful distance and used binoculars to see the Bluebirds.

Some of the Bluebird boxes were occupied by Tree Swallows which Elizabeth did not mind. In general, Swallows have seen a decline so any assistance is appreciated. House Wrens can be a problem by nesting in the boxes and can also attack Bluebird nests. The ABOS boxes are strategically placed in open fields to minimize the competition from House Wrens.

While we walked the trails looking for Bluebirds, Elizabeth provided an interesting and informative account of birds and plants that we observed along the way. Most of the bird ID was by sound with a few birds seen. The bird list included Eastern Bluebird, Clay-colored Sparrow, Eastern Meadowlark, White-breasted Nuthatch, Black-capped Chickadee, Chestnut-sided Warbler, Eastern Towhee, Blue Jay, Scarlet Tanager, Eastern Wood-Pewee, Red-winged Blackbird and Song Sparrow.

Among the 13 outing participants there was a couple from Holland who were visiting Canada with a focus on seeing birds and flowers. At the end of our outing, they were successful in answering Elizabeth's skill testing question. The prize was a very nice looking OEBS hat from the Ontario Eastern Bluebird Society.
(Photographed June 18, 2016 at the Alderville Black Oak Savanna, Ontario, Canada - Photos by Don McLeod)
Read More
Powered by SmugMug Log In 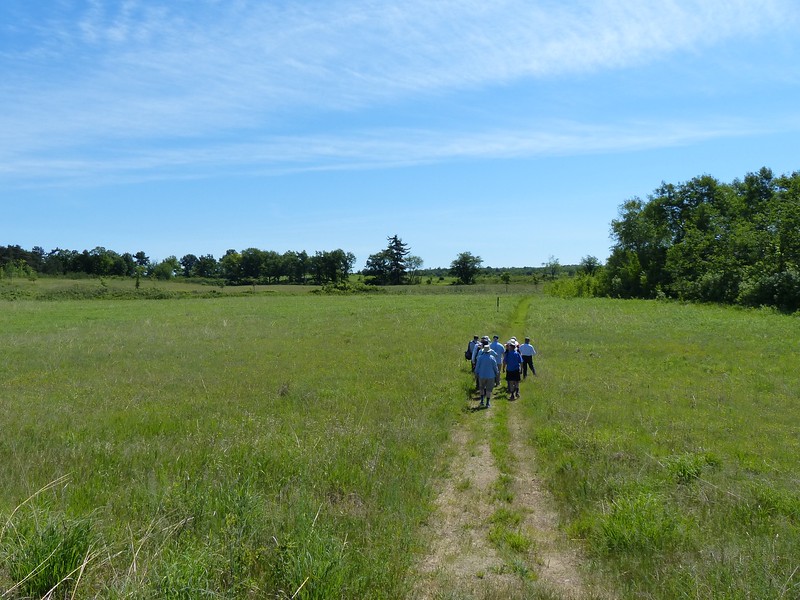